written a pattern for my beginner knitters. Oh yes. Something easy, written in normal language and really bloody quick! 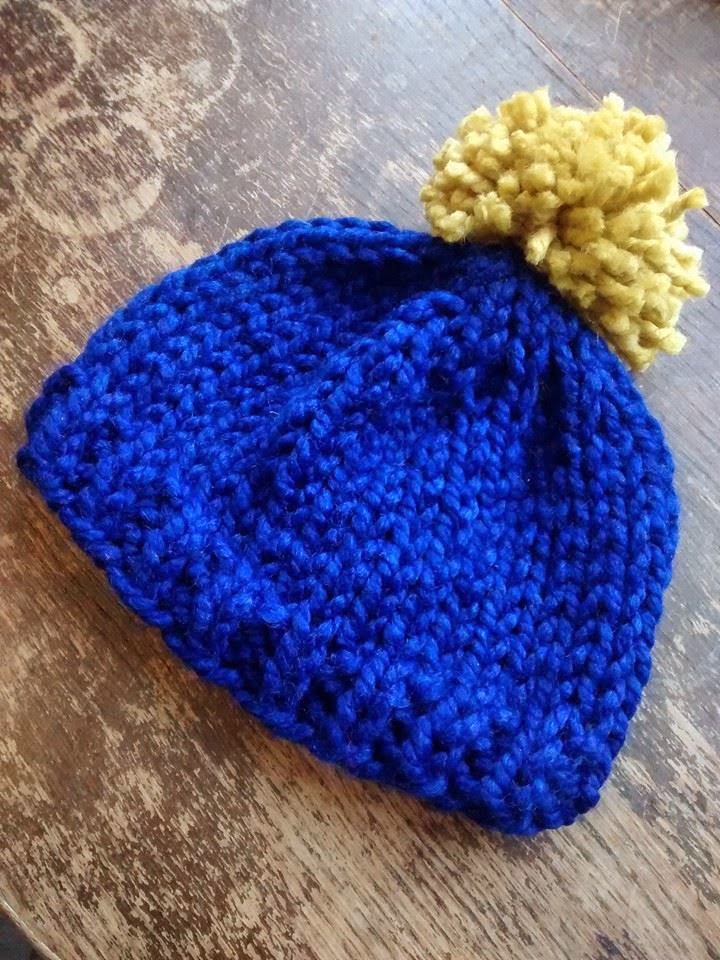 I've been asked a few times recently whether the Cygnet Seriously Chunky makes a good hat and the answer is YES! Makes an amazing hat! But I really think that you can't go too mad with patterning - even ribbing would add a texture that I think it just too much for a hat that has to stay on your head. Of course, that's my humble opinion and I'd be glad to be proved wrong (as long as you're buying the yarn from me... natch... ;) ). Mostly, beginners make scarves or snoods from this stuff and there's an awful lot of people making arm-knitted stuff (two strands at a time, 13 'stitches', four balls, keep going until you get to the end) but I thought I'd knock up this really quick hat using incredibly simple techniques for those wanting to move on. I timed myself from start to finish including an (unwashed) swatch and three goes filming myself making the pom pom and the total time was one hour, 36 minutes and 17 seconds. From start to finish. So even if you're half as fast as me you'd get this done in three hours. That's an evening isn't it!? With a cup of tea, some biscuits and a good box set on. AHHHHHHHHHH. HEAVEN!

The shape is kind of slouchy - a beanie rather than a beret but with some room to maneuver. It stays on the head comfortably and I've given an option for a slightly smaller version for the littler amongst us. I'm not sure I'd put this on kids necessarily though - just because it's so big. But that could look cute in an 'I'm gonna dress my kid in something ridiculously oversized because I can' kind of way... I went with the Cornflower and Barley colourways just because we have a lot of those in stock but the possibilities are endless really - and you don't necessarily have to have an amazing contrast do you? It's just that that's what's in fashion and I like it. I'm envisioning really quick Christmas presents and I specifically used no more than two balls to keep the gifts at a fiver but actually I got three good sized pom poms out of one ball so perhaps spend a tenner, get three different main colours and have the same coloured pom poms for all!

Anyway, here are other colours that I think would look just fab: 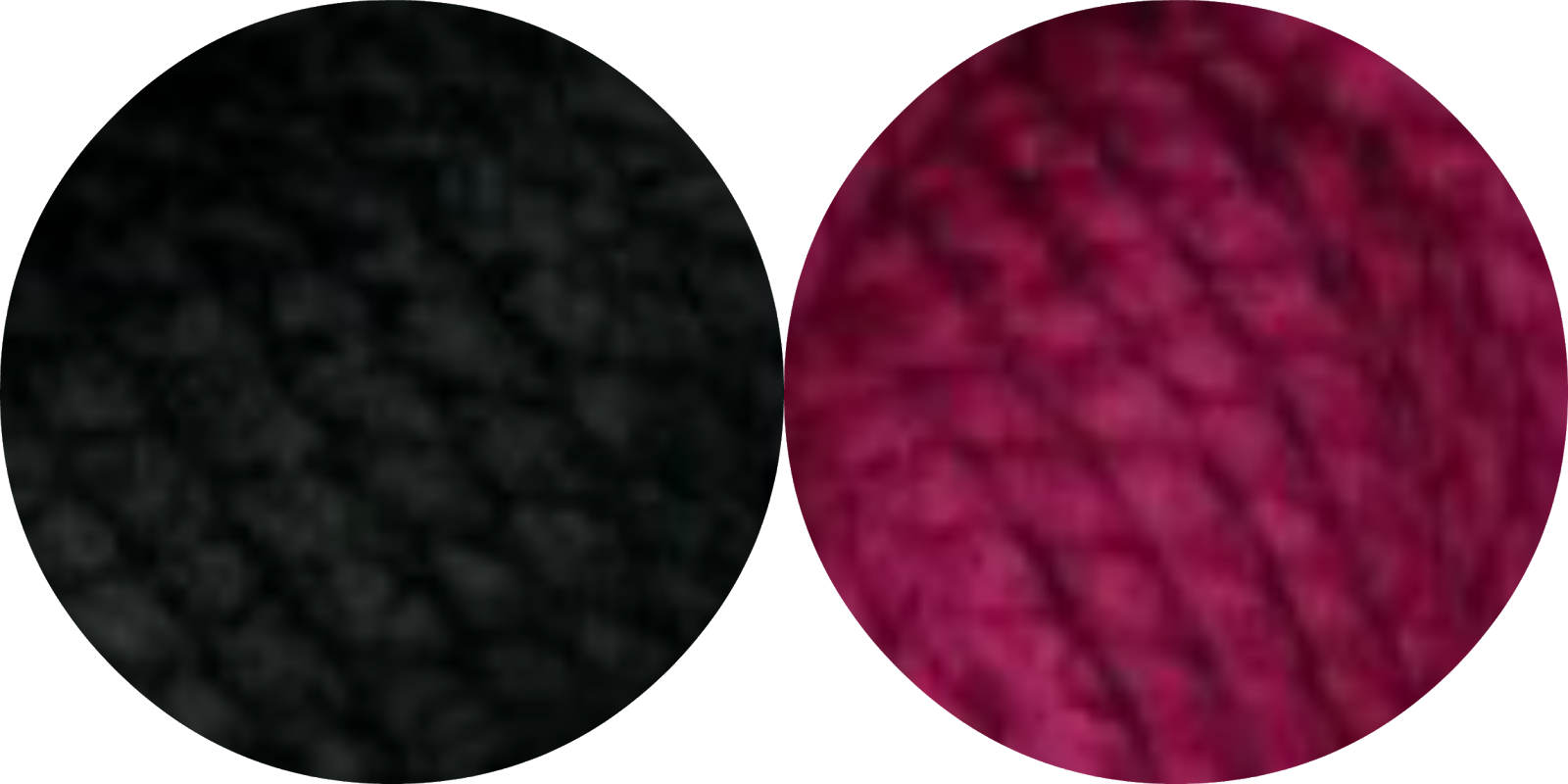 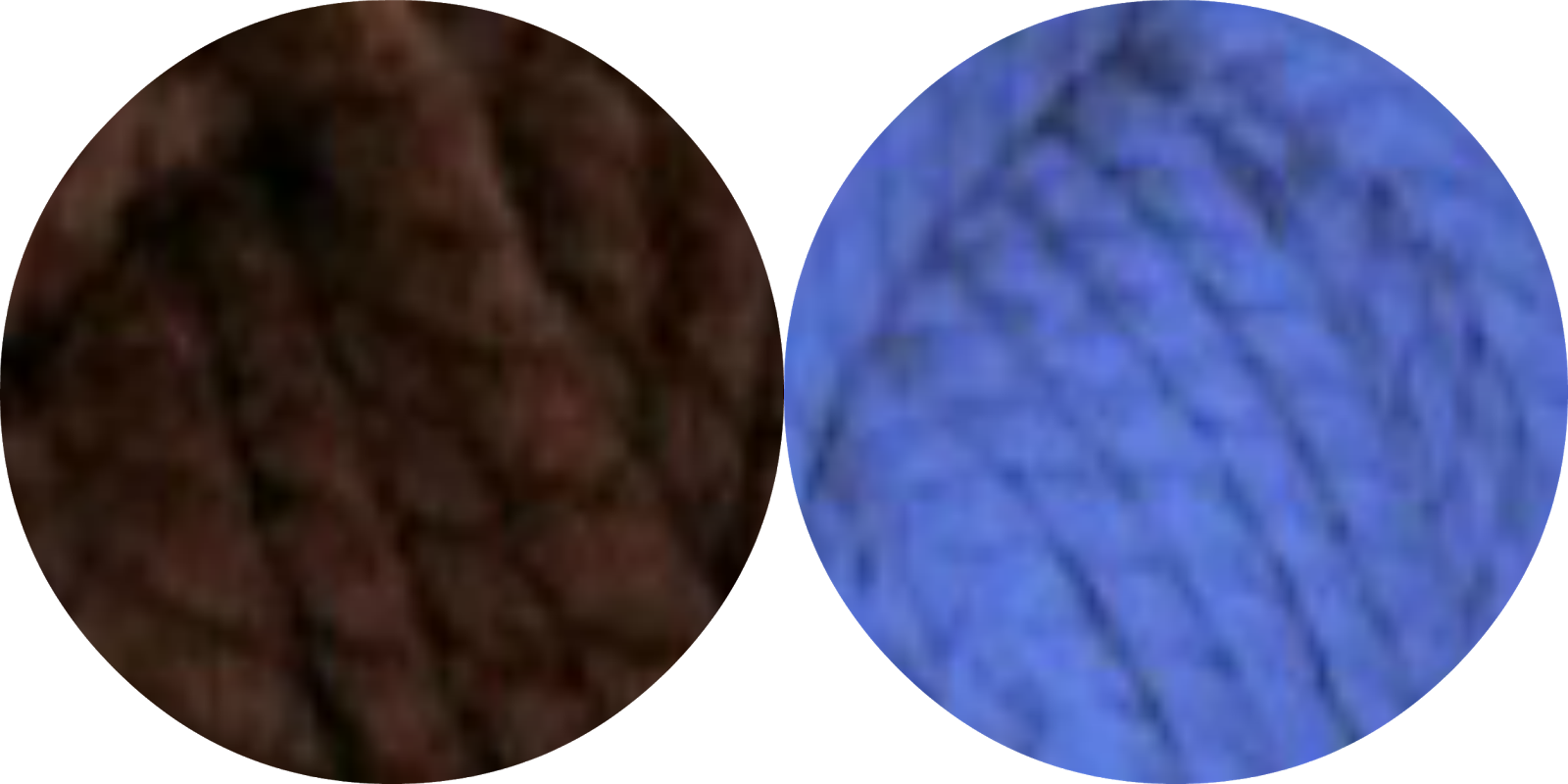 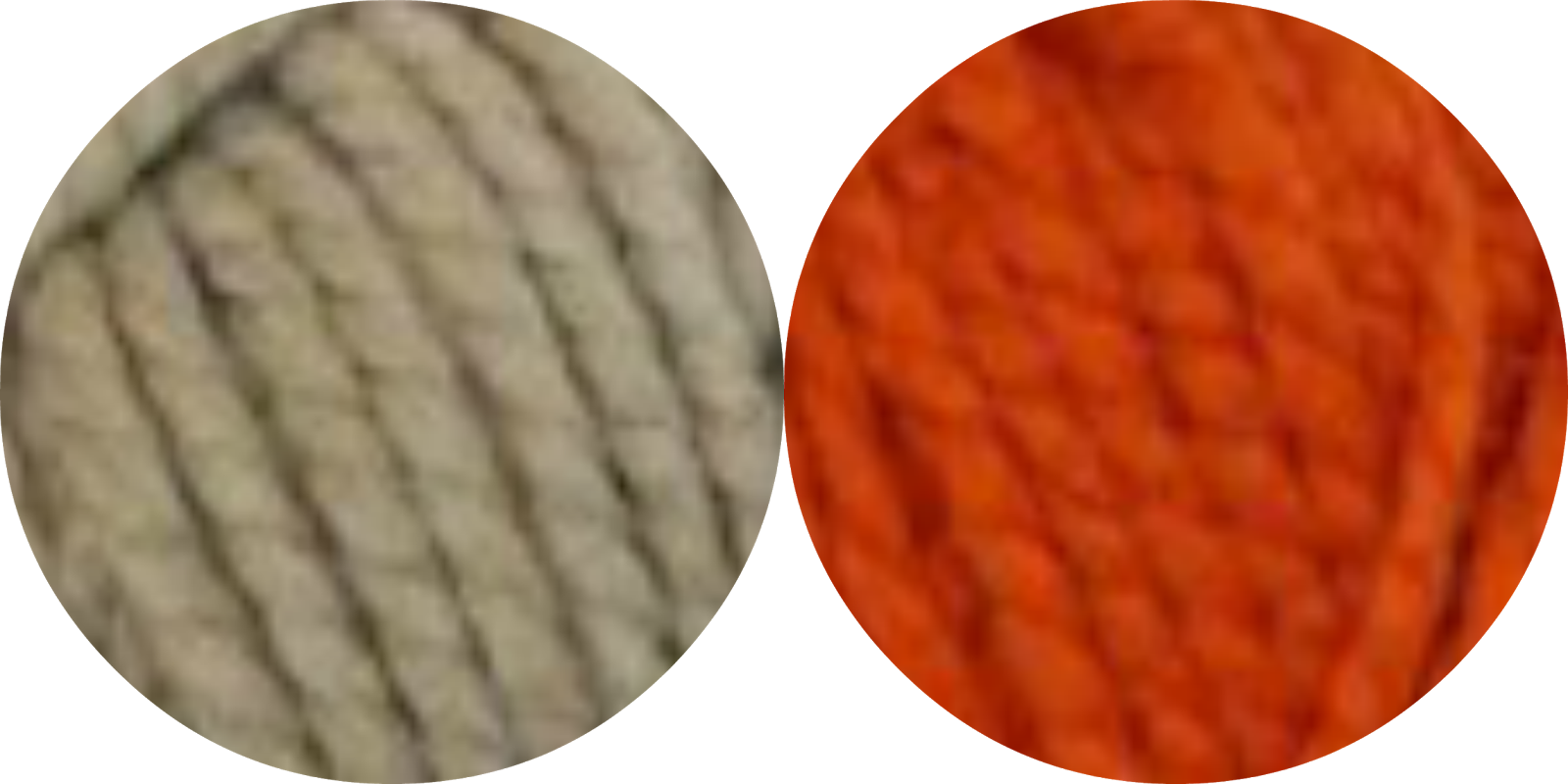 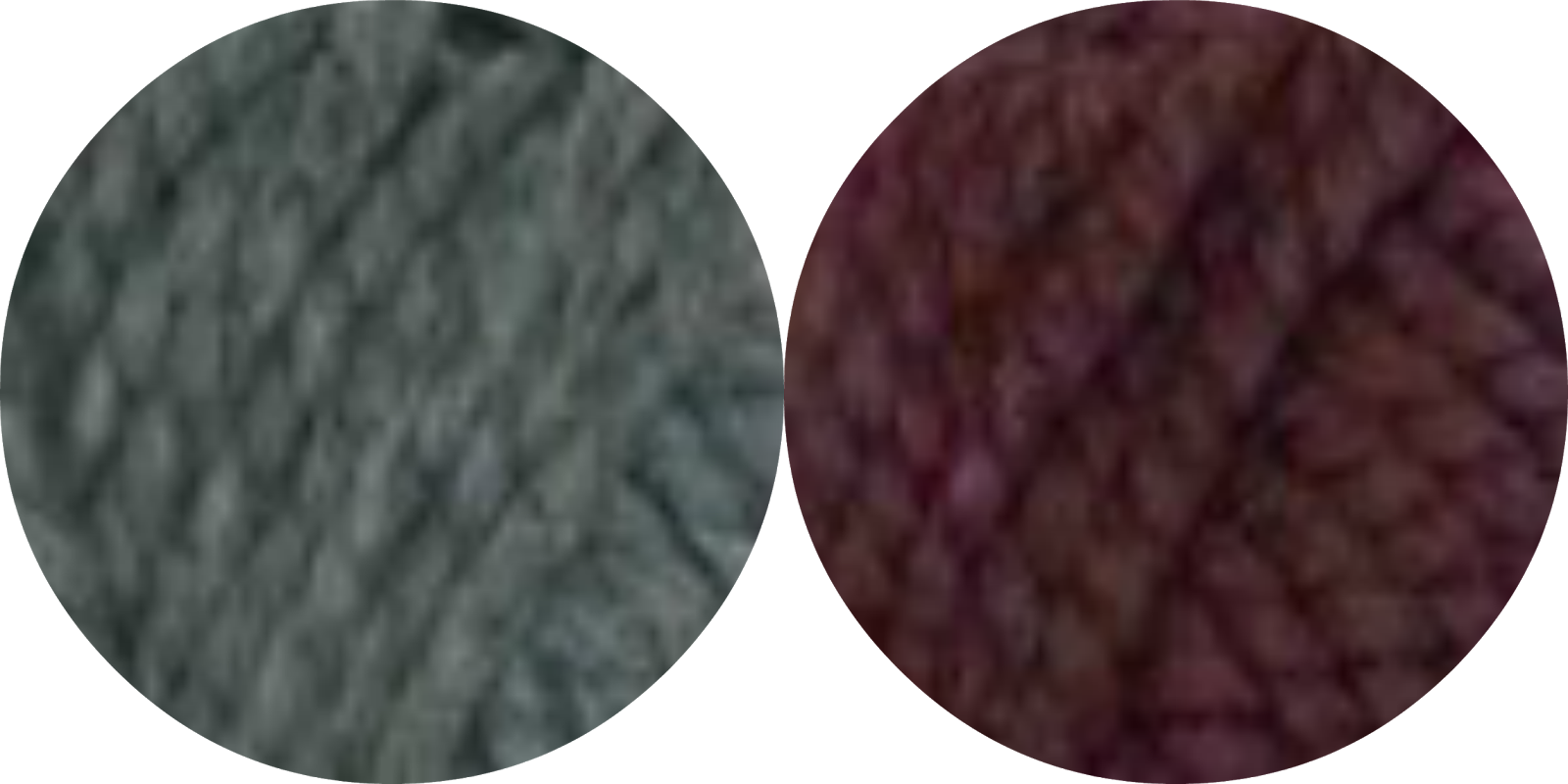 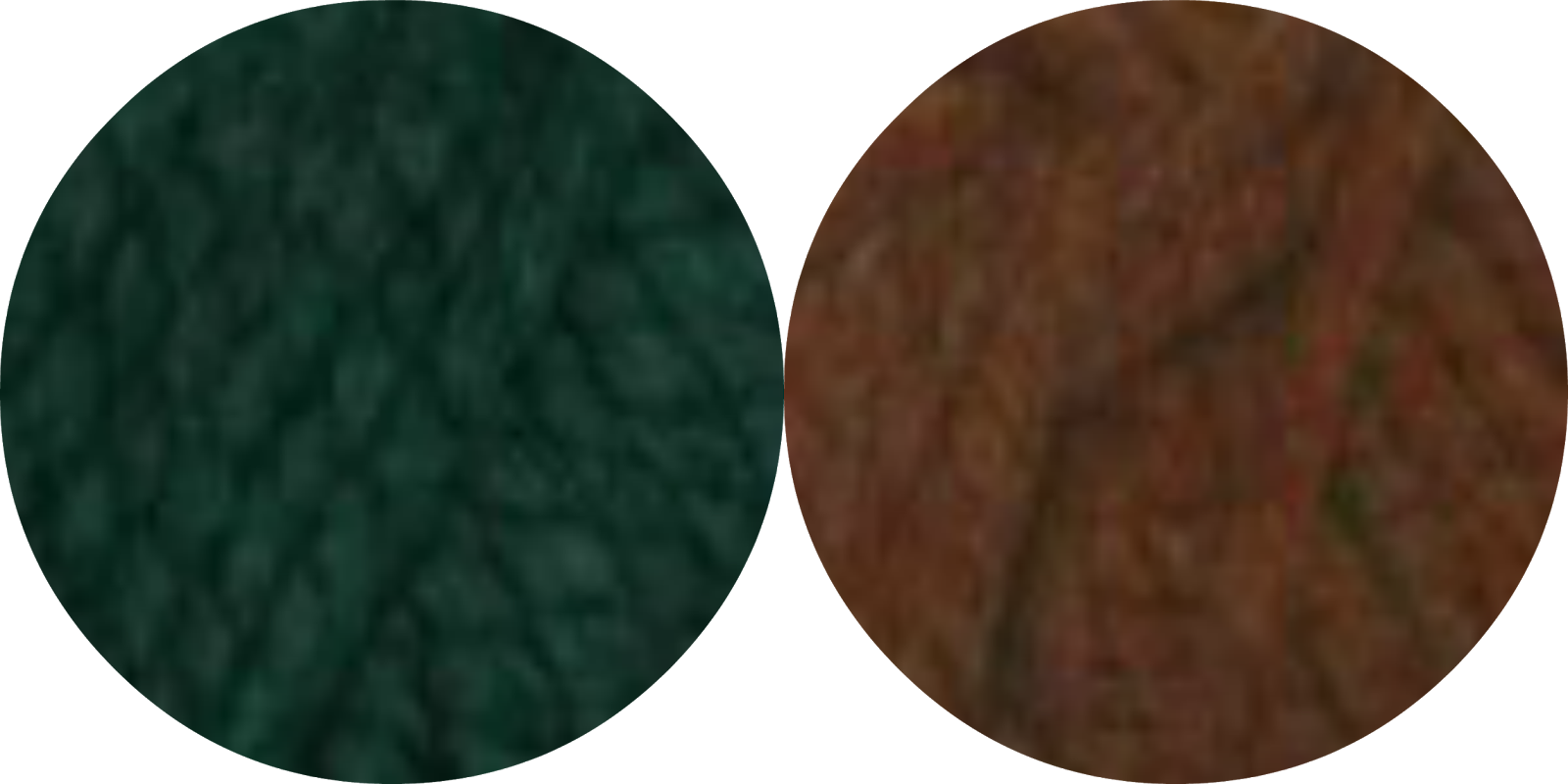 And with only a little further ado - here's the pattern. Just note the video at the end - that's me explaining and showing you how to do the pom pom. ;)

Two balls of Cygnet Seriously Chunky in colours that make your heart sing! I used Cornflower for the main and Barley for the pompom.
15mm straight needles.
Some scissors.

From now on, we're sewing together. You'd be surprised how easy it is to thread this mega yarn through a darning needle but I tend to do all of my sewing on this yarn with my fingers - just do as you'd normally do with a needle but use your fingers!

Chop the yarn with a 12 inch tail and thread that tail through all of the stitches on your needle, pull up tight and secure with a little over stitch. Use this tail to sew the row ends to bring the hat together. To sew in the ends, chop the tails so that they're around two inches long, split the plies of each tail so that you now have four strands and weave those strands into the stitches at the back of the hat, chop close and admire.

With your other colour, hang the yarn with around about a 10 inch tail between your thumb and first finger - make sure this tail doesn't get lost. Now wrap the yarn around all four of your fingers again and again and again until you can barely see your fingers. Now, chop that end so that you have around 30 inches spare. Insert the 30 inch end in between the 2nd and 3rd finger right underneath the wool - this will be difficult, pull it through to the other side. Bring the yarn over the top of the strands and insert again between the same fingers. Pull this up tight and make a good knot with the original 10 inch tail. Wrap the 30 inch tail once more over the top of the strands and between your fingers, pull tight and knot again. Now that's secure, you can chop through all the strands at either side of your fingers (at the little finger side and at the pointing finger side) which leaves you with a load of strands held together with a knot in the middle. Now we want to use the 30 inch strand to once more wrap all around the strands and pull really tight, this is what makes the pom pom shape. At this point you need to tidy up the ends - the one problem with this pom pom is that it looks a little 'homemade' at this point but take your time and trim cautiously until it's the perfect shape - leave the 30 inch and 10 inch tail because that's what we'll use for attaching the pom pom to the hat.

And now, attach the pom pom to the hat! Easy as that. Sew your ends in. Wear. Look bloody snazzy!

And now for the video on how to make the pom poms - it's a bloody good one!

And now for a bit of an explanation about knit two togethers because if you really are coming from scarves over to shaped things then you'll never have seen them before! It's just a decrease, so we're bringing two stitches into one and it's the easiest one to do. All you have to do it insert your needle like normal but into two stitches at the same time. Like this: Then finish off the stitch like normal and you'll see that you've really neatly made two stitches into one. Brill ey!?

And that's it! A whole, ridiculously-easy-but-totes-unapologetic-for-that hat. Hope you like it and I'll have photos once it's done please. :)